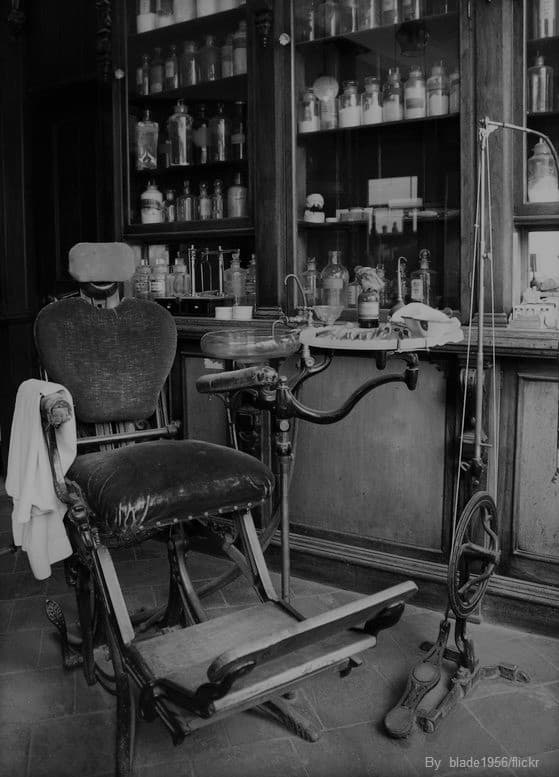 The new dentist looked strange and Adrian was scared to enter the room, but his mum said: “Don’t be scared, I wait here outside.”

The dentist wore big, round glasses and had curly, orange hair. He looked like a murderer clown. Adrian only had to get two teeth extracted, and he thought it would be quick, so the dentist started to work.

Suddenly, he noticed a lot of blood in his mouth! It just didn’t stop. Adrian screamed like never before! Luckily, his mum came into the room. Adrian’s mother realized that the dentist was crazy and started to hit his head with her bag. The dentist fell on the ground and the mum called the police. Soon, they arrived. They put him in jail and both the mother and Adrian went home and never visited a dentist again. His mum is his hero!