The story behind Black Friday

The story behind Black Friday 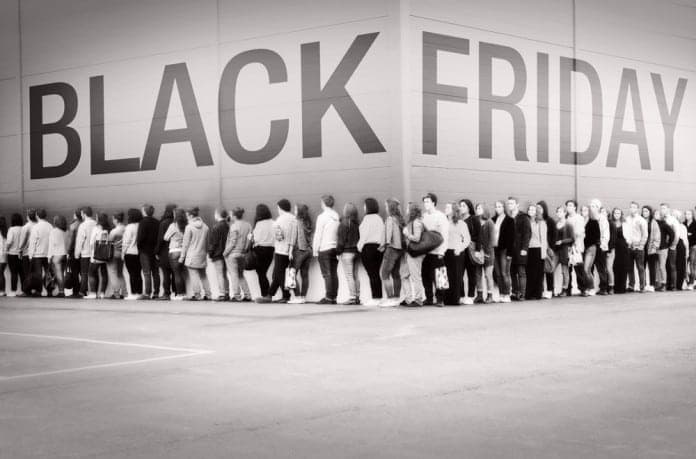 As most of you already know, Black Friday is the informal name to call the day after the festivity of Thanksgiving, in the United States, which is celebrated on the 4th Thursday of November.

Nowadays, on this date people buy presents for Christmas motivated by the low prices and discounts in all the shops around the world. With the new technologies it has arrived to online shopping too. In the 2014 the quantity of money spent on Black Friday was the amazing amount of 50.9 billion dollars. The discounts can be up to 80% so it’s a good opportunity for both retailers and customers.

However, the worst part of this date is that every year hundreds of people get injured while being in the middle of a crowd trying to get the best deal.

What some of you might don’t know is the origin of the term Black Friday.

The first time it was used was in 1869 when two financers from Wall Street, Jay Gould and Jim Fisk, worked together to buy up as much as they could of the nation’s gold. They hoped to increase the price and sell it for astonishing profits. However, it all ended up with an economic crash and bankrupting everybody.

Some decades later, the term of Black Friday was used by the police officers in Philadelphia to describe the chaos and traffic brought by all the shoppers who came to the city on that day before the important Army-football game held on that Saturday every year.

In the decade of the 80’s people began to use the term in a positive way. The reason is that Black Friday is the time of the year when people start buying their Christmas presents and the shops, after a difficult year, make profit and the “red numbers” go to “black”.

It’s true that some of the offers are good opportunities to safe money but we recommend to make a list before going shopping, in order to buy just what you really need, and avoid crowded places.